Whelp!  This is probably THE latest I'd ever posted a wrap up for the previous month.  Time went by and I just got plain lazy about everything.  I could feel myself going into a bit of a slump, so I let myself go for a bit, not really forcing myself to really read unless I was feeling it.  In the meantime, I'm slowly catching up with some of my posts, and slowly catching up with some of my reads, and especially prepping for Halloween Bingo, to start in two weeks.

July came and went pretty quickly, and I think I read as many books as I'd expected, considering how busy the beginning of the month turned out to be.  With weddings and puppies and all sorts of family stuff happening... I know I kind of let myself drift a bit on the reading front.

But no matter, we read a lot of great books, none of which I truly disliked, even if there weren't any that really stood out to me.  All-in-all, the month was a great one. 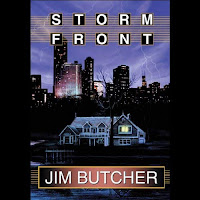 Coming Up In August

I'm hoping that with fewer social obligations, I'll be able to get some more reading done for the month of August.  But I'm also relaxing myself a bit so I don't feel overwhelmed as Halloween Bingo rolls around.  After half the month has gone by already, and I've only really finished reading a couple books, I'm just going to go the rest of the month without really making myself read anything unless I really want to.  A short hiatus feels like it's in order while there aren't any reading games going on for me to try to keep up with.

With Halloween Bingo looming in the near distance, there are some books that I'm not sure will fit in with the game, so I'm kind of wanting to get them read if I can get to them before September.  And well, will you lookie at that--it looks like I'm still in the mood for some historicals despite the fact that I'd read so much the first part of the year.

I don't know if I'll actually read all those books I've listed, but it'll give me a list to start with if I'm looking for a random book to pick up, especially for the Bout of Books readathon coming up in the next week.  And obviously blogging might be at a minimal this month, as well.