Circle of Evil was a pretty riveting crime thriller that follows the same two main characters throughout the whole trilogy.  The second and third books also throw in two other possible romantic pairings, but they aren't elaborated on much.

While I loved the banter and partnership between Cam and Sophia, the two of them DID take a little warming up to.  In the end, you're just glad that all the angst and all the avoidance and the non-communication going on between them were dealt with in the first book.  It took me a second, but I slowly realized that each chapter of the first book was set up to show a flash back of Sophia and Cam's initial relationship before the main investigation in the book starts.  At first I was a little thrown, and wasn't sure that I liked it, but I think by the end of the book, I found that those scenes were handled pretty well, and even added to my understanding of what was going on between Cam and Sophia.

It sort of gave their love story more depth than if they'd just met in that first book and fell in love immediately.  Meanwhile, some trigger warnings for this book, and the rest going forward, as there is a lot of mention of rape and violence, then pedophilia and necrophilia in the next books, even if not detailed.

I think I could have done without being in our serial killers' or rapist's head so much, to be honest.

The second and third books focused on the serial murderers and the investigation, which Kylie Brant has always excelled at writing.

Side characters were all wonderfully incorporated as part of the investigative team rather than just being background props to showcase our main couple.  This is what I like about Kylie Brant's romantic suspense crime thrillers.  The action also never seems to quit, and you're hooked wondering how everything will play out.

The one thing I DID feel I didn't care for was how over-powered the killer is in the last book.  Facing Evil just felt like a never-ending chase, and it was frustrating to watch as Cam and his team always seemed to be one step behind the killer the entire way through, and how their investigation just kept falling apart with each move forward.

Otherwise, I quite enjoyed this trilogy, even if it doesn't really live up to my love for Brant's Mindhunters series. 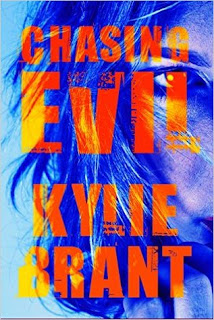 There’s nothing strange about bodies buried in cemeteries—unless they don’t belong there. And when six murdered women are discovered in other people’s graves, the hunt for a sadistic serial killer begins before he can claim a seventh victim.

Agent Cam Prescott of Iowa’s Division of Criminal Investigation is leading the search alongside forensic psychologist Sophia Channing, who knows the minds of psychopaths inside and out. And after a brief but passionate affair, she knows Cam almost as well. What she doesn’t know is that her high-profile involvement in the case has caught the twisted predator’s eye—and sparked his fury.

When Sophia suddenly vanishes, Cam and his team shift into overdrive to keep horrific history from repeating itself. But for Sophia, being trapped in the same isolated lair where so much innocent blood has been spilled may get her inside her vicious captor’s head—and may offer her the only chance she has to escape an agonizing and lethal fate.

Roll #9:
Square: Beach Week 10 | Read a book that appears on any Beach Reads list, or a book whose author's first or last name begins with any letter in
B-E-A-C-H. 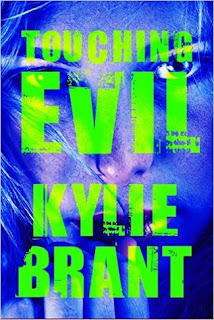 Forensic psychologist Sophia Channing nearly lost her life to a serial killer. Fortunately, her own quick thinking—and Division of Criminal Investigation agent Cam Prescott’s efforts—rescued her from a horrifying fate. Together, Sophia and Cam jailed the sadistic predator and closed the case on his reign of terror.

But when teenagers make a gruesome discovery in the Iowa woods, Sophia and Cam realize they’ve only scratched the surface of an evil that runs even deeper and deadlier than one madman’s twisted desires. And they don’t come more twisted than the killer known as the Zombie Lover: Vance’s mystery accomplice, who’s still at large and stacking up bodies. With the law snapping at his heels and private demons screaming in his head, the Zombie Lover is hell-bent on carrying out a desperate, double-edged mission. He’s determined to terminate Sophia, then target medical examiner Lucy Benally, who he’s vowed to make his own…dead or alive.

Roll #10:
Square: Mountain Cabin 16 | Read a book that is considered mystery / suspense genre, or which has a title that contains all of the letters in the word C-A-B-I-N. 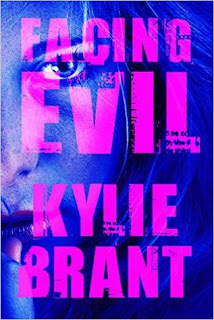 A serial attacker is locked up, and his murderous accomplice has been gunned down. But the true mastermind behind their lethal reign of terror still hasn’t been taken in or taken down, so the harrowing case of the Cornbelt Killers isn’t closed—and one murderous woman is determined to keep it that way. The only thing more important to her than evading capture is hunting down her hit list of enemies, topped by Iowa’s Division of Criminal Investigation agent Cam Prescott and forensic psychologist Sophia Channing.

Faced with an opponent both quick-witted and cold-blooded, Cam and Sophia must scramble to keep up with this horrifying new threat. Little do they realize that in this game of cat and mouse, they’re lambs being led to the slaughter.

Roll #11:
Square: The Lake House 19 | Read a book with a cover that is more than 50 percent blue, or by an author whose first or last name starts with any letter in the word L-A-K-E.