While I would have liked for the month to reflect how fired up I was to start in on Reading Challenges and the like... well, let's say I've been easily distracted lately.  And also, sometimes one or two books that kind of drag can really affect your entire month's worth of reading.  But that's okay, because I have better hopes for February.

That is not to say that January wasn't good.  While I usually average about 14 books a month (two or three years ago), my current total of 8 books really is much better than my usual January totals.  I always begin the year in a slight slump, but this January actually proved to be quite productive.

I've started off the year with four new series, two of which I'm loving, one I'm on the fence about, and the last of which I may or may not finish the partner book in the duology for.  We'll see.  I have participated in two readathons, and also made a pact with myself to continue posting those 'It's Monday!' meme updates so as to remain as active as I'd like to be on the blog-o-sphere. 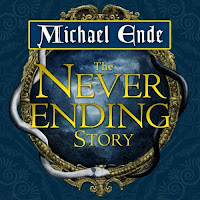 Favorite reads:  Books for the month of January tended towards the "meh," with only two books I can assuredly point to as being in my favorites for the month.  Between Anna Lee Huber's The Anatomist's Wife, and Delilah Marvelle's Mr. Ridley, I've found two new authors to keep an eye on, and two new series I'm interested in following (even though Marvelle's series is only a trilogy, it seems).  Meanwhile, I probably would give a brief mention to Lethal White by Robert Galbraith (a.k.a J.K. Rowling), but I technically didn't finish the book until January was over--I was thinking I'd fudge and call it a January read even if it took me a few minutes past midnight... but I didn't finish reading Lethal White until well after midnight (thus resulting in a lack of proper sleep for my day...).

Disappointing reads:  I'm going to lump both the Phyllis Whitney and the Julie Garwood together into this section, as terrible as that may be.  I don't go into books expecting not to like them, so it's usually quite a downer when books I'm looking forward to end up being unlikable, despite the fact that I can tell the author must have better work.  With Julie Garwood, I have enjoyed her books before.  With Phyllis Whitney, I obviously need to find a different book by her to make up for this one.  Either way, neither book really did anything for me.

Coming Up In February

It's a new month for the 2019 Reading Challenge, and we're doing quite well so far, with full marks for January.  I'm hoping to keep this up, and with two of my favorite romance authors dominating February's "assignment list," I'm pretty optimistic.  Meanwhile, no other little challenges are requesting my attention as we won't be participating in another readathon for another few months.  I have two more library books that need to be read so I can turn them in, and after the Reading Assignment books... well, I'm not entirely sure what else I'm going to read...

But what am I doing talking as if I have all the time in the world.  With six Reading Assignment books, one Discworld book, two library books, and one more "I need to read this right now!" book, I've kind of got my reading month full.

Meanwhile, I'm also playing with a new idea to include another section in my monthly wrap ups for reading challenge updates...  This may or may not even go into affect.  We'll see.