by Stephanie Bond
Book 1 of Voodoo in Mojo

There's something strange afoot in the small town of Mojo, Louisiana.  Yet even as the annual voodoo festival gets underway, Penny Francisco, who runs a health food business, refuses to believe in black magic.  Her mind is on celebrating her divorce from her lying, cheating husband Deke.

Add a Pinprick of Revenge...

Fueled by run-ins with her ex-mother-in-law and Deke's busty mistress, Penny is eager for the "emancipation party" her friends plan.  When she receives a Deke voodoo doll as a gag gift, she sticks it with a pin as a joke.  But when Deke winds up fatally stabbed, the police aren't laughing.

And Watch Things Boil Over...

A junk-food junkie P.I. offers his services, and although Penny is wary of the sexy Cajun's motives (and his diet), she's desperate.  Dodging a media sideshow and a looming murder rap, Penny realizes that somehow she's landed herself "In Deep Voodoo."

In Deep Voodoo is an enjoyable, cute, and easy to read, fast-paced cozy--except for the two detailed sex scenes, of course, because I've never seen them so 'adult' in other cozies (so correct me if I'm wrong).  I'll admit that the mystery was intriguing and kept me guessing, although I had a bit of an idea what was going on even if I couldn't pinpoint who the killer was.  Little hints here and there, after all, very obviously point at the resolution to one of the mysteries circling this book.

The book started out very strong and continued on in that same vein.  The characters were all pretty quirky and the atmosphere of the Voodoo festival was set-up really well.  Those moments when Penny is heading to Deke's home, whenever she's ascending the stairs to her home, and even some other moments in the story, were depicted in such a way that I could kind of feel a chill.

But as the book approached it's ending, I have to say, it felt very rushed and detached.  In my mind's eye, I was kind of seeing a checklist of "Events that need to happen to resolve this mystery," and after each scene was written and slightly touched upon, we immediately careened in to the next item on the checklist.  It gave the effect of feeling very detached when the scene called for some emotional impact, or very comical when it was supposed to be kind of serious.  It was almost jarring to finish the book.

The romance was also a bit forced.  Our couple, Penny and B.J. are both attracted to each other, yes.  And they're lusting after each other.  I can give them that much, because attraction at first sight is allowed.  But Penny spends about 80% of the book questioning what she even really knows about B.J. that when the "I love you's" are thrown out, it felt kind of sudden.  I think I would have settled with a more realistic, "I really like you and I want to see where this relationship goes," type of conclusion to their little love story.  Because the romance just wasn't developed enough in this book to really merit "I love you" declarations... as is typical of most romances, anyway, so whatever, I guess.

Penny's healthy habits are commendable, and I found it a nice personality trait--that she's so health conscious with her organic foods, multivitamins, natural herbs, regular exercise...  That was all an interesting character trait to incorporate, as opposed to the "I eat everything in the world, but never get fat" character trait that's used too often.  Of course, because I myself will eat anything and everything that tastes good to me, after a while Penny's little remarks about what other people eat gets a little irritating and overdone.  I started getting this twitchy little grimace.  Because I don't care if someone keeps to a diet that works for them--in fact, good for them; but once you start judging everyone else's food choices, it kind of crosses a line, you know.

I mean, how rude is it to watch someone eating a hamburger and say something like, "How can you eat that disgusting filth?  You're going to clog your arteries and die of a heart attack."  Or how about, "Do you know what is actually in that pizza?"  Not exactly polite dinner table subjects, y'know.

Aside from those few little complaints, I really honestly enjoyed reading In Deep Voodoo.  It was simple and sweet and straightforward.  It is a cozy mystery with a side of romance, with quirky characters.  It was simply enjoyable. 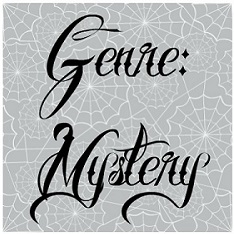