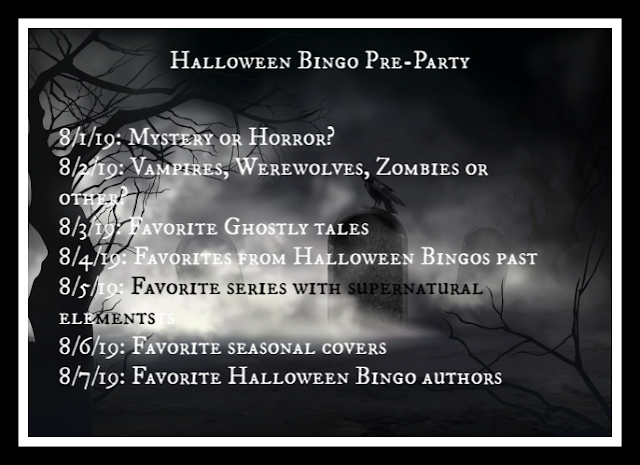 So I'm a little late to the party, but better late than never, right?  The work week has been crazy busy to the point that I just want to flop over and do nothing when I get home, so I've been putting off these pre-party prompts for until the weekend.  And then I got lazy, so this is still a little later in coming than I'd intended.

So I'm going to toss all of the prompts into the same post rather than create individual ones for each.

At first I was just going to keep it simple and give some brief responses to all of the prompts, but then I started throwing in book covers and rambling on, so the next thing I knew, the post ended up pretty long.

So here we go!

Well this is a rather easy one to answer.  If you know me, you know that I'm definitely NOT a horror person.  The number of horror books I've read probably equals the number of times we've played Halloween Bingo, if only because I make myself step out of that comfort zone and read something in the genre.  For the most part, I find myself enjoying more of the Classic Horror novels; I've yet to really read many modern horror novels save for some psychological horror by Neil Gaiman or Dean Koontz.  I've yet to touch Stephen King or Joe Hill if only because I've heard that their books can get pretty heavy.

I like ghost stories, but I don't like bloody, gory, slasher fic horror.  Though surprisingly, I don't mind a bit of bloody, goriness in crime thrillers.  And to be honest, I've read a few crime thriller mysteries that have content that can be quite horrifying if you really think about it.  But I'm fine with that...  because I don't make sense.

But anyway, yeah...  I'm more of a mystery story type of person and have lately been interested in historical mystery.  I've always been interested in cozy mysteries, and I'm also very much a fan of crime thrillers with good murder mysteries.  Romantic suspense with crime thrillers and murder mysteries are my go-to genre and comfort reads.  I've only recently started sampling more classic mysteries such as those written by Dame Agatha or Sir A.C. Doyle.

Like a few other BL-ers have stated, I'm not always into mystery for the puzzles though--I'm no good at figuring the puzzles out on my own.  But I love following the characters as they interact and react to the situations they are thrown into as a result of a murder or as a need to investigate said murder.  And I love watching the pieces fall together in the conclusion and thinking, "Ah, that makes a lot of sense..." 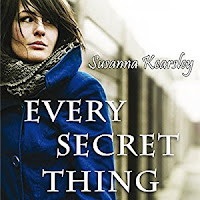 Some of my more favorite mystery books/series that come to mind immediately include Dame Agatha's And Then There Were None, and Deanna Raybourn's Veronica Speedwell series.  After a quick scan of all the books I've read, I'd also throw in the Cormoran Strike books by Robert Galbraith (a.k.a. J.K. Rowling), the Mindhunters series by Kylie Brant, and the stand-alone book Every Secret Thing by Emma Cole (a.k.a. Susanna Kearsley).  Once again, I love these books not so much for how the mysteries were set up, but more so for the characters and how they interact with each other, how they react to everything happening around them. 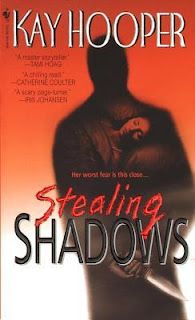 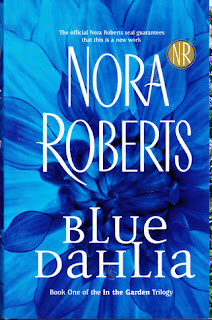 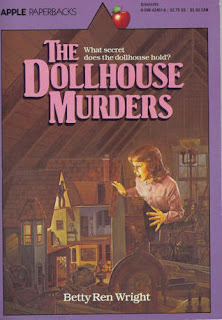 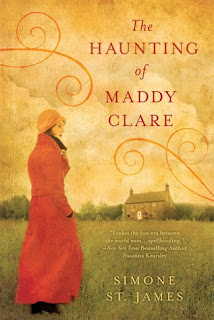 I also have a thing for mysteries with a supernatural twist, though I haven't read a lot of them.  Some that come to mind that I personally liked would be the first few books of Kay Hooper's Bishop/SCI series, The Dollhouse Murders by Betty Ren Wright, the In the Garden trilogy by Nora Roberts, and some recent favorites by Simone St. James.

In truth though, I don't know if supernatural creatures are really my thing, and my experience with books that have these creatures is pretty limited.  I DO love Anne Bishop's The Others series a lot, so there's that.  And then there's that urban fantasy series I fell for last Halloween which involves cryptids, which will forever fascinate me.  I shall, in fact, be trying to insert the next few InCryptid books into this year's Halloween Bingo if I can.  =D

While I'm not a huge fan of horror, I DO love a great ghost story, especially of the ghostly mystery and haunted house mystery variety.  One of my first and forever favorites from my childhood is The Dollhouse Murders which I've already listed above, one of few books I've reread and actually still loved.  Recent favorites include the Simone St. James historical, ghostly mysteries, which I also listed above under the first prompt.  So I'm not going to add any covers here since I've already added them above.

There's nothing like a great haunted house or ghostly mystery without the blood, guts, and gore to scare the crap out of you, and yet at the same time really make you think.  This is probably the only way I like to be scared in my reading.  And if the author includes some history of really old hauntings in the story, I'm even more excited!

I'm not sure I've read a whole lot of other ghostly tales that weren't also mysteries.  There's a non-fiction book I read a long time ago of which I don't recall the name of, but compiled a lot of haunted places around America.  These are always fun.

On a non-bookish aside, I once visited Savannah, Georgia with my besties for a vacation and took a couple ghost tours at night with them.  The history was fascinating; Savannah is known as one of the most haunted cities in America, so there was lore everywhere!  I wouldn't mind doing more historical ghost tours in future. 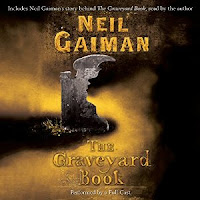 On another aside, I think there are at least a few ghostly tales that aren't really mysteries I've read and loved.  Shirley Jackson's The Haunting of Hill House was an incredibly psychological horror that creeped me out a lot.  Neil Gaiman's The Graveyard Book was one of my most favorite Halloween Bingo reads from the first game in 2016!  Both are books I'd absolutely recommend to anyone wanting to read something ghostly and well-written.

Ah... this is a good one.  My best year was probably the first Halloween Bingo in 2016 wherein I had so many favorites I had a hard time choosing just one.  In 2017, I had a few books I liked just fine, but none that really stood out.  And then in 2018, there were two books I squee-ed over, and a couple that I found pretty good... but the rest were really kind of mediocre, truth be told.

Hopefully 2019 will bring another great year, just like the first!

One of the first series I thought of for this prompt was Maggie Stiefvater's Raven Cycle series, one of my most favorite series since the moment I started reading The Raven Boys and found that it had a lot more depth than I'd expected, as well as a squee-worthy friendship between Blue and her boys, as well as wonderful writing that just takes you into the magical world.

The Others by Anne Bishop is a strangely entertaining series that I fell for quite quickly during the first book.  It seemed that it hadn't mattered to me that there was very little story in the first book, very little development of characters... and recycling of story conflicts throughout the series.  But I just loved the books.  In truth, the books that follow the Meg story-arc seem to have better story lines and development, even if we still repeat the same conflicts.

Brown and de Luca is a fun and witty series that follows famous self-help book writer Rachel de Luca after she has a corneal transplant only to start seeing visions of brutal murder through those donated cornea.  The creepy factor is intriguing, but what I really loved was Rachel's voice as she discovers the beauty of being able to see again.  It helps that she's super snarky and doesn't take crap from anyone.  The murder mysteries are also interesting.


Favorite Covers from Past Halloween Bingos

Covers that feel seasonal to me that I like

This one's a little harder to respond to if only because reading Halloween books isn't exactly a thing I think about until Halloween Bingo rolls around.  So I'll just list a few authors I've thought of who have books that would definitely fit into my Halloween Bingo card based on my leanings more toward mystery.  I also have a couple authors who's books I've saved specifically for Halloween Bingo.

I think I've read a book by Nora Roberts each year so far.  And I've always intended to read a book by Neil Gaiman each year, but did not do so in 2018.  And starting from this year foward, I think I might start including a book by both Mary Stewart and Barbara Michaels each year if I can manage it.