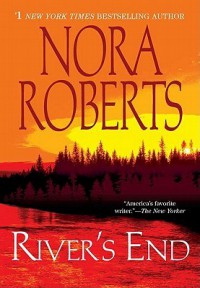 Olivia's parents were among Hollywood's golden couples…until the night a monster came and took her mother away forever.  A monster with the face of her father...

Sheltered from the truth, an older Olivia only dimly recalls her night of terror—but her recurring nightmares make her realize she must piece together the real story.  Assisted by Noah Brady, the son of the police detective who found her cowering in her closet so many years before, she may have her chance.  Noah wants to reconstruct the night that has become an infamous part of Hollywood history.  He also wants to help Olivia and heal the longing in her lonely heart.  But once the door to her past is opened, there's no telling what's waiting on the other side.  For somewhere, not too far away, the monster walks again...

First of all, I'm going to have to admit that the first chapter of the book bowled me over and I nearly cried with grief for Olivia as a child--finding her mother dead, seeing her father standing over the body with a bloody pair of scissors in his hands, running scared and hiding, and then being told that her mother was never coming home again...  I'm usually not one to make much of these scenes, having read a lot of crime thrillers with all of their bloody violence and tragic gore, but that was definitely an unforgettable moment, probably made all the more powerful because it came from the POV of a child.

Unfortunately, I feel like the rest of the whole ordeal (the next few chapters) got drawn out a bit much and I was ready to move onto Olivia as an adult.  I don't need the rest of the family, or even the detective's or his son's observations to know that this was a great tragedy, that poor Olivia will be living this nightmare for the rest of her life.  I pretty much deduced all of that with her terrible ordeal of stumbling upon the murder of her mother.

That little bit would have been just enough, but the notion was repetitively brought up within the first couple of chapters.

A second insight brings me to Nora Roberts and her books, in general.  I'm not an expert on Roberts.  In fact, before last year, I'd never read anything written by her.  I started with her Dark Witch trilogy, and to be totally honest, didn't really like it.  But then I read The Witness, and found that the entire tone and style of how that book was presented was just different than what I had gotten out of the Dark Witch trilogy.  And I was completely intrigued with Roberts.  So I continued picking up more of her books.

Nora Roberts, I feel, is a master at atmosphere and tone.  Each book I've read of hers, so far, has had a different kind of feel, evokes a whole different set of images and thoughts.  And ultimately makes it a little hard for me to figure out just how to review.

So well, that I even almost forgot about a few little scenes, dialogue, and characters who frustrated me.  So well that I forgave some characters their few foibles because I ultimately enjoyed the whole book.

Roberts has a way with characters that manages to bring them to earth even after instilling some greater than perfect qualities into them.  Even while Olivia has a perfect memory, or a badass, independent personality with super survival skills in the mountains, she still managed to exhibit some wishy-washy behavior, as well as some unnecessary snap judgments that frustrated the heck out of me.

Meanwhile, Noah seems like the wonderful Mom and Pop's boy, who has a golden heart, an empathy for others, and a personality in a man worth chasing after.  But then he gets super pushy when it comes to Olivia, and to be honest, there was nothing I disliked about Noah except for his super pushiness in the romance department.  Truth be told, I winced a lot when it came to their more intimate, sexual relationship.  Because there are certain parts of their romance, specifically the first sex scene between them, that just doesn't sit well with me.  And made Noah lose a whole lot of his appeal, because I can't determine whether or not his actions were even morally kosher.

Story wise, I'd love to be upfront and talk about why I had a feeling there was a lot more to Olivia's mother's murder than the narrative gave away.  But I'm worried that I'll end up giving away the ultimate twist in the story, as a whole.  The twists and the turns about the underlying conflict pertaining to Olivia's father, however, was handled extremely well, so much so that I even started doubting my own thought process.  And then when the resolution rolled around, I was conflicted about how I felt about everything--because I'm not certain about whether I read too many crime thrillers and have picked up on predictability, in spite of the unpredictability, or if my mind is just twisted in certain ways.

Either way, I should probably stop here so I don't risk giving too much away.

On a side note, I loved Noah's interaction with just about every other character, but Olivia.  This book isn't exactly rife with romance, but what little there was didn't quite appeal to me.  And while Olivia is a very ideal heroine, I found I had a hard time really caring about her despite the book being mainly about her, from childhood onward.  She got really frustrating, at times; in fact, both of them did when it came to their romance.  But Olivia, more so, because her stubbornness was just way too extreme.

River's End, while not the best book in the world, continues to show me that Nora Roberts is definitely an author I will keep an eye on.