When Deputy Coroner Mattie Winston and her boss/best friend, Izzy, are called to the home of waitress and part-time model Shannon Tolliver, they find the ghoulish Halloween decorations a bit too authentic.  Among the fake blood and skeletons is the corpse of Shannon herself.  Since the whole town knows Shannon recently had a very public spat with her estranged husband, Erik, he's suspect #1.  But Mattie happens to know Erik truly loved his wife, and is simply incapable of the brutal act--even if he owns the exact same caliber handgun as the murder weapon...

Determined to unearth the truth, Mattie puts her scalpel-sharp medical skills to work, and digs a little deeper.  What she uncovers is stranger than anyone could have imagined...

This second installment of the cozy Mattie Winston Mystery was, somehow, not as great as the first one, Working Stiff.  I'm not entirely sure why, but I'm half wondering if it has to do with how obsessed Mattie is with Detective Steve Hurley.  We barely got into the book before every other thought flitting through her mind had to do with either impressing Hurley, getting his attention, or running her "love rival" Allison the reporter over with a bus... or something.

Of course, those were mere portions of the book and not all of it, so I'm not entirely letting it influence my like or dislike of Scared Stiff.

Because aside from the frustrating romance parts in this book, the rest was pretty good and entertaining.  The murder mystery was done well and had me guessing, though it was pretty obvious who didn't do it; the twist it took was a bit strange, yes, but I can see it falling together properly.  The forensics aspects, with the autopsy, crime scene evidence collection, etcetera, are always awesome to see.  Even a little bit of Mattie's own investigations were pretty promising as well now that she's learned to keep her knowledge to herself--if she continued to go around telling everyone all the sordid details of each crime while trying to conduct interviews, I'm not sure how well that would pan out for her career in the medico-legal field.

The klutzy Mattie trope is still in effect, I see, although this time around, some of the antics were actually quite humorous, even if half the time it wasn't really her fault.  It's not like she intentionally fell down the hill side, causing ripped scrubs, a crotch vent, and mud on her behind.  Although her penchant for getting the murder victims'... stuff... all over her made me grimace really hard.

I still feel it would be nice to tone down the "How many ways can be embarrass Mattie Winston on the job?" trope, though.  Once or twice in one book is funny.  Every other scene can get a little old.

We get a new addition to Mattie's little refuge in the cottage behind her best friend, Izzy's house, in the form of an abandoned pup to add onto the abandoned kitten she picked up from the first book.  I'd like to focus on them a bit more too, but aside from Mattie's penchant for picking up strays, they don't seem to play a very big role in the story itself.

Finally, back to the love interest, Steve Hurley... I'm still not very enamored of him.  He doesn't stand out, and at times kind of comes off as a carbon copy male lead jackass.  I DO like that he gets so petty and jealous rather than acting like he doesn't even notice when Mattie's being seduced by other men... but at the same time, he acts like a dick.  And this also all plays into Mattie's frustratingly one-tracked focus on Hurley and what she can do to win his favor.

I will probably continue on with the next book in the series, but I'm not entirely in a hurry to do so.  It's entertaining and I really like Mattie.  In spite of her klutzy personality trait, she's resourceful and skilled and really knows what she's doing when it matters.

I'm hoping for a better turn for her romance, but I've noticed that the love stories in cozy mysteries aren't always that great.  Granted, they are cozy mysteries and romance isn't exactly the focus.  I've read a good one before, but I'm not too excited about how Mattie's love life is turning out so far.  It almost seems too... unnecessary, actually. 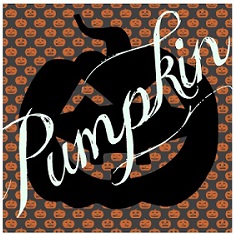